The rules on food advertising to children 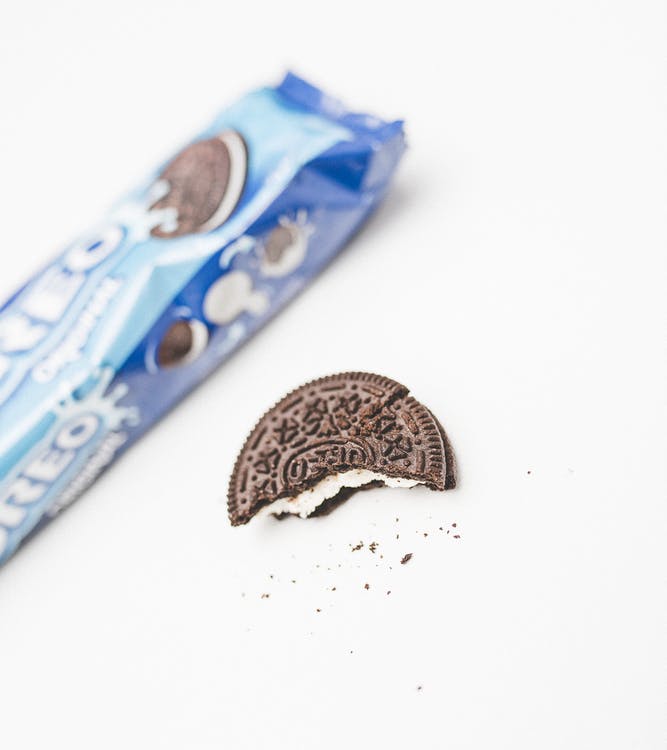 October 22 2012 The rules on food advertising to children

Have you seen this advertisement? No? Let me paint a picture for you. First thing to note is that it features two children and centres around a game they play in order to eat Oreo cookies. There are no adults present and the voiceover at the end tells us that the cookies are “double the cream and double the fun.”

It’s fun, cute and designed to highlight Oreo cookies. What it officially doesn’t do is break any rules on advertising to children. Here’s why.

The advertisement is focused around children and the games they play. It appeared during family-oriented programmes like Dancing with the Stars, Home and Away, the children’s film ‘Penelope’ and Australia’s Got Talent. Nevertheless, this type of food marketing doesn’t break the rules.

At this point, you may be shaking your head in confusion. We don’t blame you!

The codes are overseen by industry and complaints are handled by the Advertising Standards Board.

The AANA and food advertising codes differ in scope and effect, but together they want to be seen to restrict some advertising techniques commonly used to target children.

Here’s the issue. Self regulation is not working. As recently as December 2011, the Australian Communications and Media Authority (ACMA) said it’s unclear whether the level of children’s exposure to junk food advertising has reduced. Further, they also suggested self-regulation has not reduced community concerns on junk food advertising.

It means that ads like this one for Oreo cookies can continue to be screened. The codes are very specific and don’t reflect reality. They don’t prevent unhealthy food advertising at the times when the largest numbers of children are watching TV (i.e. between 6 and 9 pm).

They certainly don’t adequately restrict the marketing techniques used to attract children. For example, advertisements shouldn’t contain an appeal to children to urge their parents or carers to buy a particular product, but the AANA codes say nothing about using animation, music or voiceovers to make products seem desirable to children.

The codes purport to restrict advertising “directed primarily to children”, but this applies only to ads that are 100% specifically aimed at children. The codes don’t cover advertisements that may target a wider audience, but heavily appeal to children.

The codes don’t cover food packaging, which means you will continue to see cartoon characters on packaged foods.

And let’s not forget, there is no way industry would spend billions on advertising if it wasn’t working!

There are dedicated bodies like the Obesity Policy Coalition and Junkbusters who make complaints on behalf of consumers. It’s a complicated business and there are few wins. In fact, the Oreo cookies advertisement featured above was the subject of a complaint and was ruled against for the reasons we outlined. These guys are specialists and spend their time pouring over the codes to make sure they complain on the right basis (we know, we don’t want their job either!)

So what chance has the average consumer? That’s why our Fame & Shame Awards are so important. They’re your chance to tell industry exactly what you think about their food marketing techniques, codes or no codes.

Click here and take two minutes to have your say.