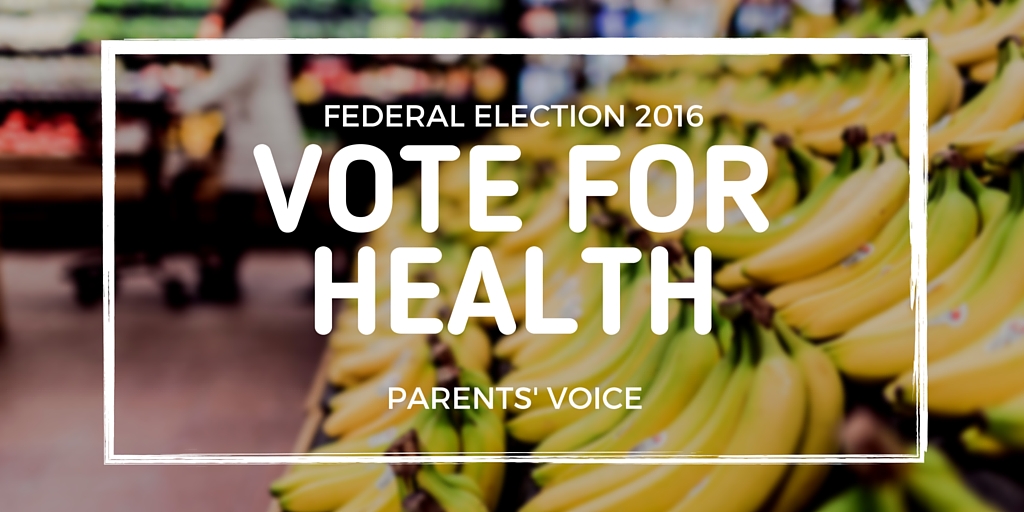 This election campaign has been a long one, and here at Parents’ Voice HQ we know that the few policy announcements on preventive health have become a bit lost in the heat and the noise.

One item close to our hearts that has gotten some traction in the media is the possibility of a tax on sugary drinks.

The Obesity Policy Coalition’s Jane Martin writes in the SMH: “Sugary drinks are the largest contributor of added sugar in Australian diets” and recommends a 20% sugary drinks tax as a key tool to drive consumption change. The Obesity Policy Coalition also puts the case for making the Health Star Rating System mandatory (after the two year voluntary phase) and for more effective restrictions on the marketing of unhealthy food to children.

The Public Health Association of Australia – PHAA agrees. PHAA CEO Michael Moore lists alcohol and a sugary drinks tax as a key ask, and also calls for an increase in preventive health spending and a focus on the health needs of Aboriginal and Torres Strait Islander people.So, where do the parties sit on these issues?

With regards to preventive health, the Coalition has sadly made almost no mention of prevention or health promotion in their health policy. Labor do better, with an entire additional policy outlining their priorities, with a strong focus on healthy communities and a commitment to develop Australia’s first National Physical Activity Strategy and a National Nutrition Framework.

On the one issue that has united so many health promotion organisations, however, the Greens have delivered. They promise “an excise equivalent to 20% of retail price levied on water-based beverages with more than 5g of sugar per 100ml” and say that “every dollar raised will be reinvested into public health, preventative health, and health education.” They will also act to restrict junk food marketing to children.

We’ve gathered together some resources, below, to help you cast your vote wisely for the health of our nation.