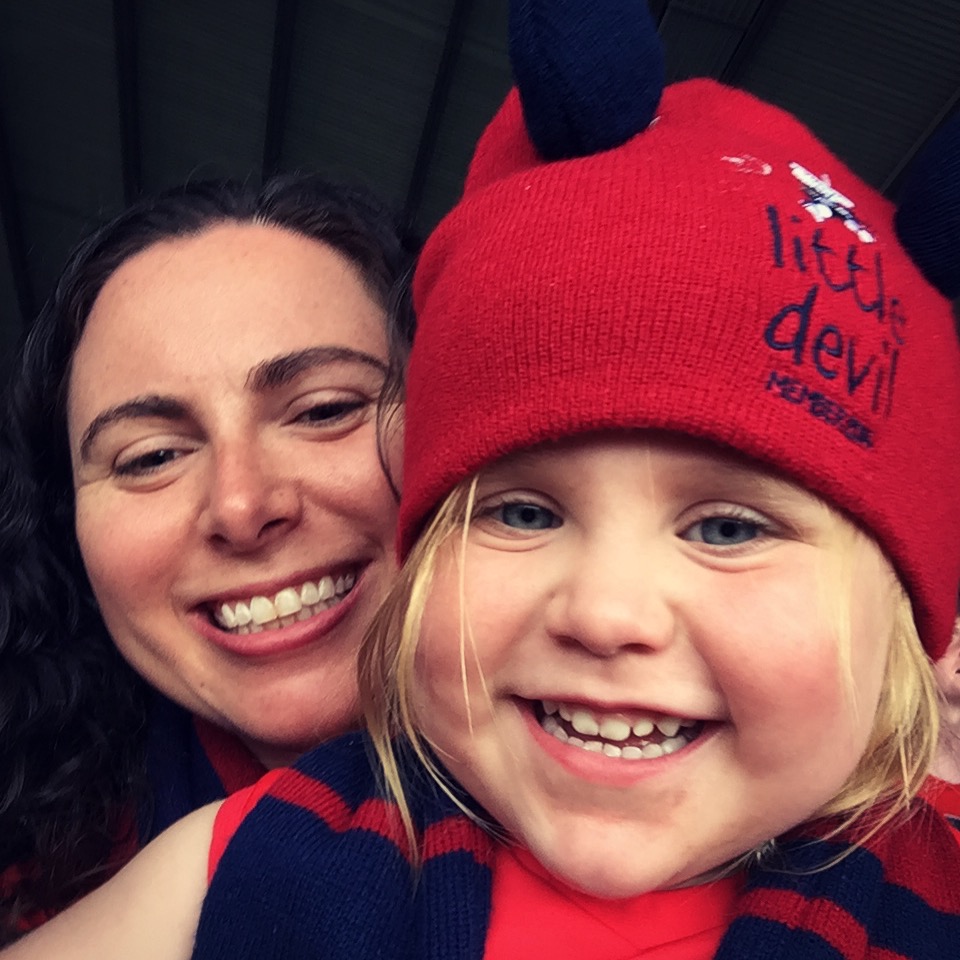 When I was 11 years old, I led the girls in my class on a student revolt of my school’s annual AFL skills clinic.

I was happy to run cross-country, shoot some netball, and (for a memorable 12 months) kick arse at Karate. But while I enjoyed going to watch my beloved Melbourne Demons play, I hated playing football. As a girl I saw no point in learning skills for a game I wasn’t encouraged to play.

Years later and I’m proudly taking my kids to watch the first games of the new professional AFL women’s league – AFLW. My heart sings when my 2 year old daughter tells me she can’t wait to run and kick the ball and that her favourite thing to do with her Nanna is go to the ‘footyball’.

Things will be different for her. I have no doubt that the increasing numbers of women playing professional competitive sport will inspire her. Whether it’s the Women’s Big Bash League, AFLW, Super Netball or the W-League, she won’t be short on weekly media stories of inspirational women being awesome!

Perhaps one day in September I’ll watch her run on to the field representing our beloved Demons?

From an academic point of view, we know that teenage girls in Australia are just not moving enough. A Victorian study in 2013 found that only seven per cent of girls were active for the recommended hour a day. Seven per cent!

More women being strong, amazing role models for our girls is only going to help.

Girls, get moving more. We are strong, powerful people and we can do anything we set our minds to.

This video is one of Parents’ Voice’s favourites, and winner of the last year’s Fame and Shame Award’s Parents’ Choice Award. Enjoy.