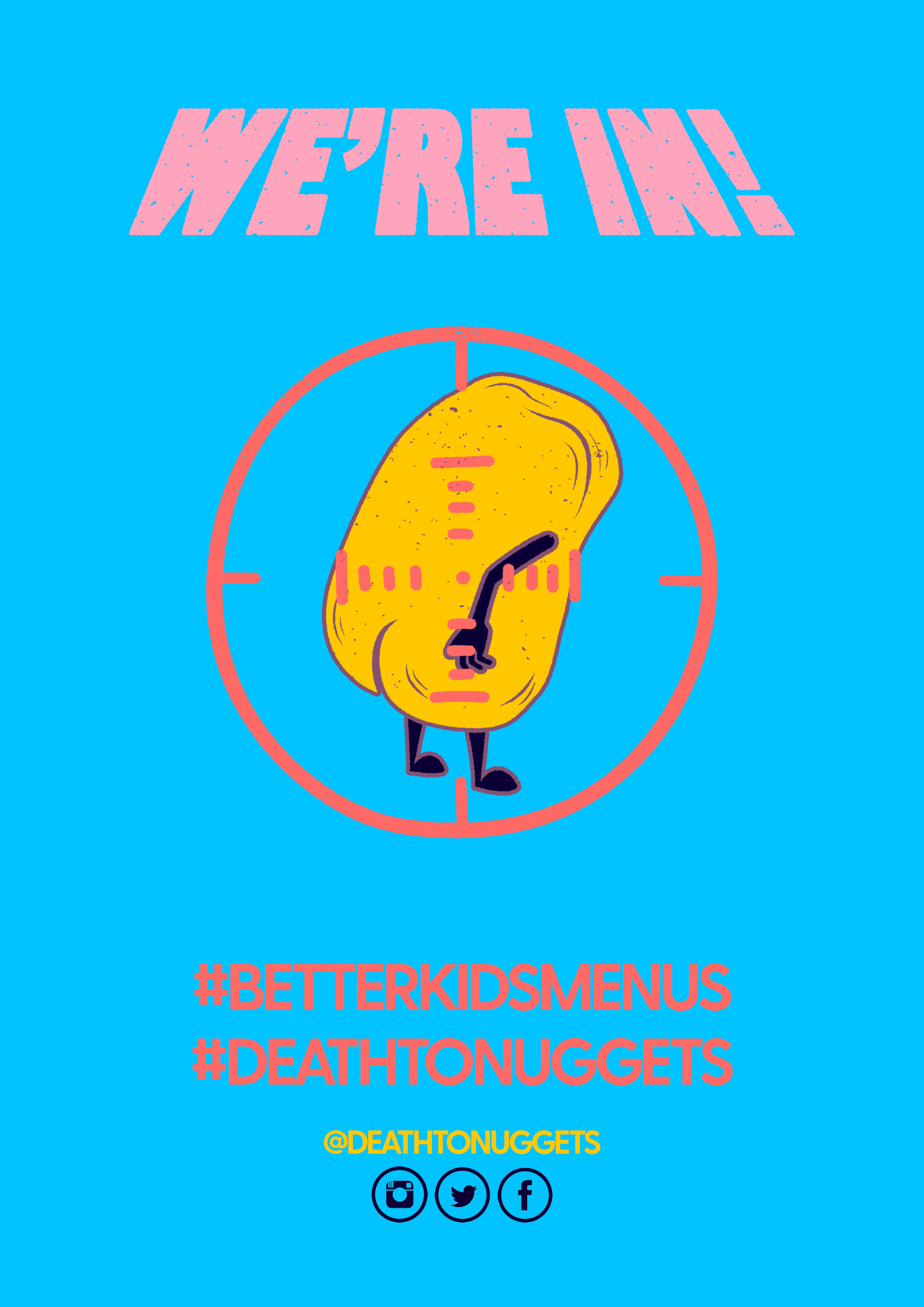 Jonathan is just an regular Dad who got frustrated with the options available when he ate out with his family. Deciding to do something about it he started the Death to Nuggets. Today he introduces us to the campaign and how all of us can get involved.

As a parent in this group, you know the importance of diet in raising healthy children. You also know we need to be watchful of the world they grow up in.

Over the past 20 years we have sleep-walked to a point where processed foods have replaced fresh for many people.

Today 1 in 10 people globally are obese, that’s 600 million adults and over 100 million children. Australia tips in as one of the fattest countries with 1 in 4 children overweight or obese, and they’re twice as likely to be so as their parents were at the same age.

The cost in life and to health is already devastating. With the high levels of incidence in children that will worsen significantly later this century if we don’t act now.

All of this is why I started a group called Death to Nuggets last year. I wanted to see an approach to promoting nutritious food that kids would actually connect with; creative, surprising and yes, mischievous and naughty. A group that champions new ideas in new way.

We’ve done a number of things this past year, but today I want to talk about the state of kids’ menus in cafes and restaurants, why that matters and what we — you and I — can do about it.

It matters because our food is a system. The experiences you have within it affect your relationship with food overall, either positively or negatively. Think about the massive influence that chefs and eateries have had in adult food culture over the past 20 years.

Contrast that with food for kids. For eateries it’s a distant after-thought to the adult menu. They serve food that causes minimum fuss and it’s all beige, boring and bad — a 1970’s time warp. Vegetables are rare, as is any evidence of effort.

On the other side of the coin, parents have got used to passively accept what they’re given, opting for an easier meal rather than risk hard conversations and a scene.

This is an overlooked part of our food system and it’s a big opportunity.

Our eateries serve the communities they live and work in. Their talent and energy can be part of the solution. Not everything has to be gold standard nutritious – kids deserve treats sometimes too – but do whatever your eatery can. Start by cooking food fresh and including vegetables. If you can, create dishes and an experience kids might really enjoy. If you can’t, include at least one fresh, healthy option.

An army of little eateries, each doing their bit in communities across the country would be a powerful force. 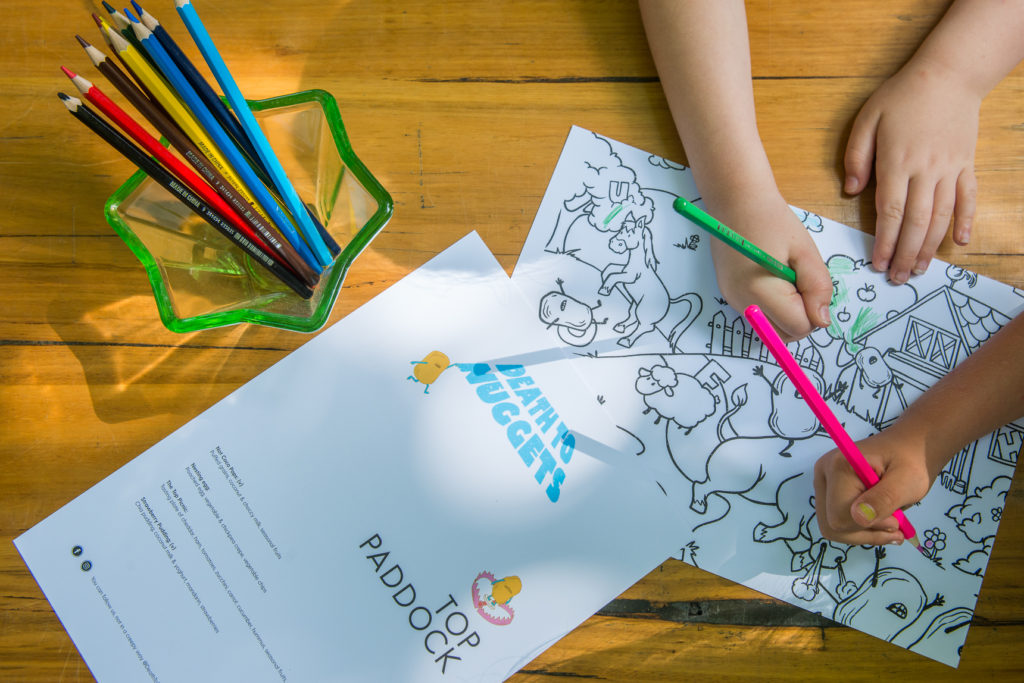 And what can we do as parents?

We’re asking parents simply to talk to eateries. If the food you want your kids to eat isn’t on the menu, ask them to put it on.

This isn’t a difficult or confronting conversation, it’s a polite ask. Eateries are customer service businesses, they actually want to hear from their customers. If enough people ask, they will change.

This July we’re targeting 200 Better Kids’ Menus conversations a month between our supporters and eateries, to result in 100 meetings between Death to Nuggets and eateries, and 50 changed menus.

Better Kids Menus can make a difference to what kids think is normal, to improving their relationship with food and combating obesity.

You’ll find more information and packs for supporters (as well as eateries) at www.deathtonuggets.com.au.