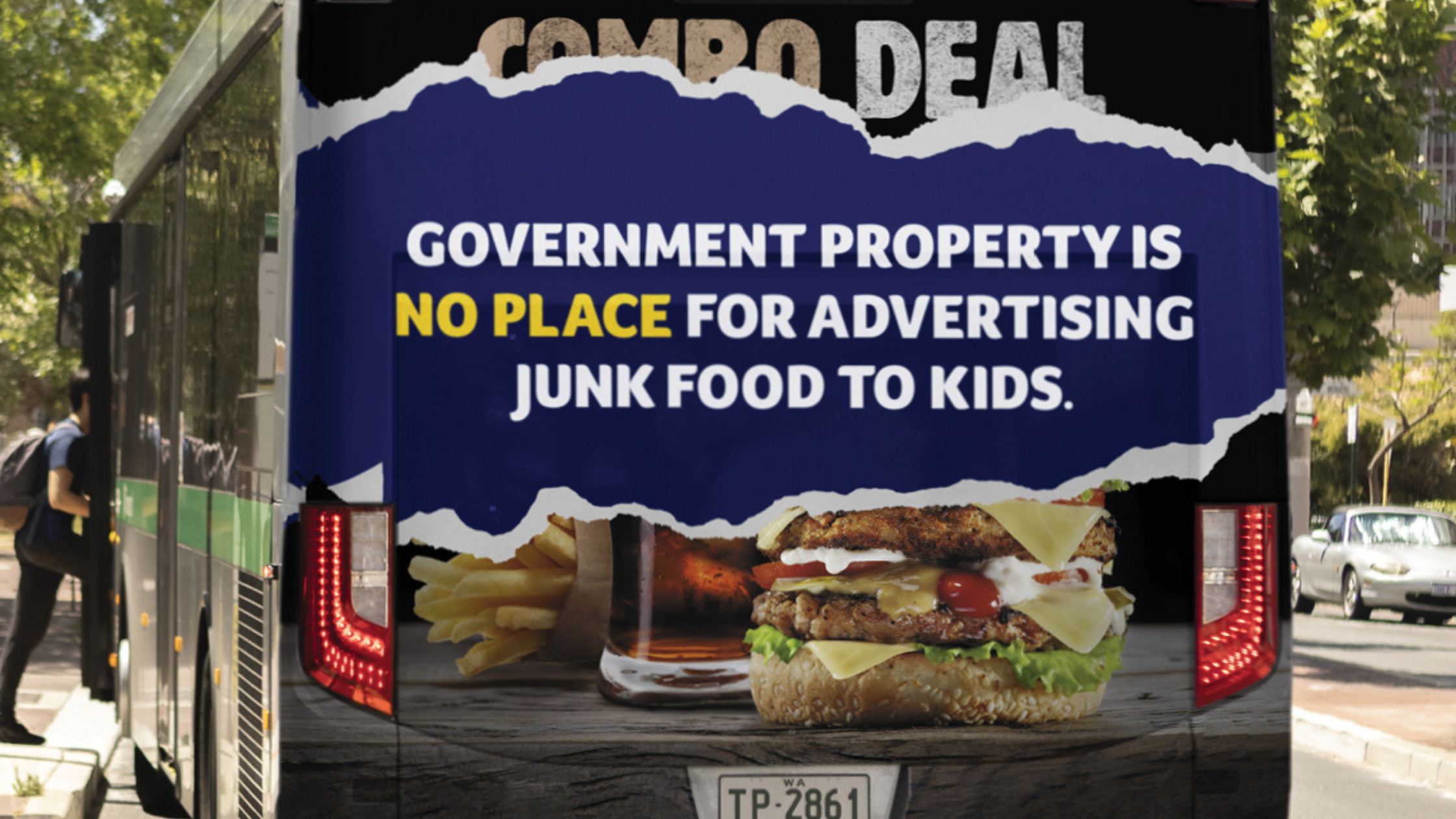 Ainslie and Kelly work in the Obesity Prevention Team at Cancer Council WA where their focus is on strengthening policies that support healthy lifestyles in WA. They commission research, run policy campaigns and highlight unhealthy industry tactics. Anne is the Public Health Nutrition Coordinator at Cancer Council WA and has been working on the LiveLighter program since 2013.

As our kids head off to school each day – whether on foot, by bike, on the bus or train, or in the car – chances are they can’t avoid seeing ads for unhealthy food and drinks along their travels. On the first day back at school in 2020, our scan of 5 big high schools in Perth showed that 77% of the food and drink advertising on the buses and trains that service those areas was for unhealthy food.

And – unsurprisingly perhaps – these unhealthy food and drink ads work. Research has shown that food marketing can influence children’s nutrition knowledge, preferences, purchase behaviour, consumption patterns and diet-related health. While this may be good for industry profits, it’s bad for the rest of us, especially our kids.

There are some exceptions to this – the ACT introduced a ban on unhealthy food, alcohol and gambling advertising on all Government buses in 2015; and Queensland has a policy restricting unhealthy food advertising on Government property (… though it isn’t strictly enforced and is not a strong policy). It seems conflicting that Governments are selling ad space to companies which market and sell products that are ultimately making us sick. State Governments have the power to stop selling this ad space and instead create environments that make it easier for families to be healthy. We’ve made a start in WA by introducing a policy that means alcohol companies can’t advertise on buses and train stations. But there’s still a lot to do!

We recently commissioned Deakin University to look at national and international policies that restrict junk food ads from outdoor advertising. This report also provided us the opportunity to present all the evidence to Government, to counter every industry argument against removing unhealthy food and drink ads from government property, especially the loss of revenue argument. Spoiler alert: the government won’t lose money if it restricts this type of advertising.

We shared our findings with local health groups, and together with our friends at Obesity Policy Coalition and Parents’ Voice, we took out a full-page advertisement in The West Australian newspaper. This ad called on the WA Government to stop selling advertising space on its assets to unhealthy food and drink companies. We also ran a social media campaign and had those little smart cars pulling giant versions of our ad around the streets of Perth. 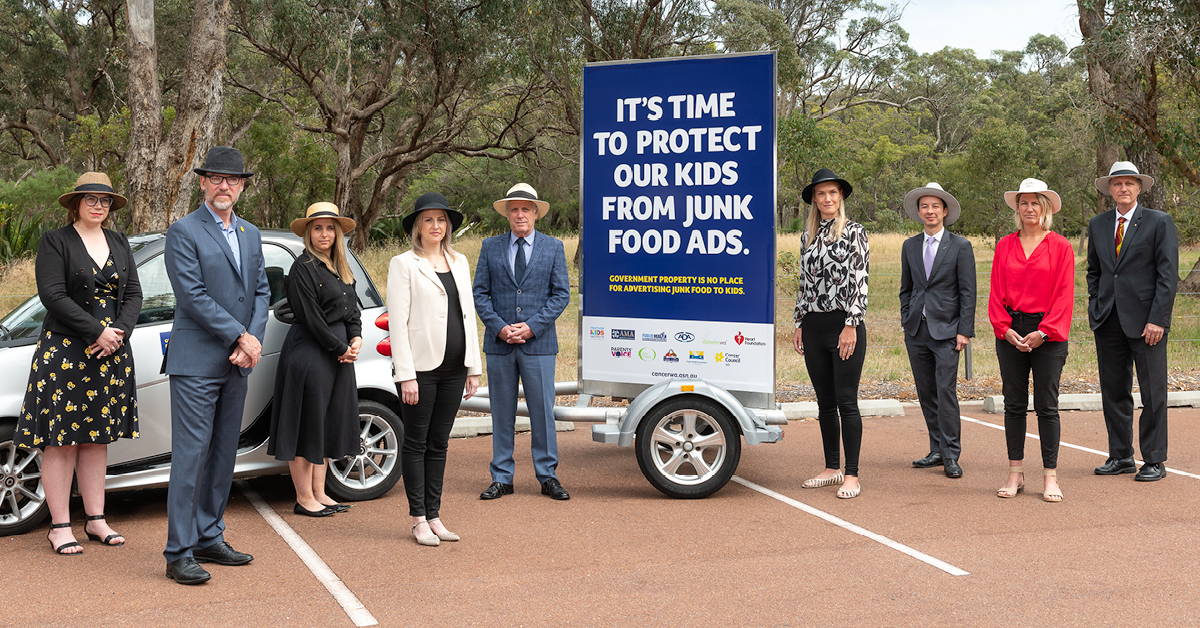 Public health groups in WA (via their election platforms) are calling on both major parties to commit to removing unhealthy food and drink ads from government assets if they win the WA State election in March. Other States are watching WA closely as public health groups work behind the scenes to push for a similar commitment from their own State governments.

There are serious health and social costs to Australians associated with the junk food industry. We believe that advertising these products should be prohibited on Government-owned assets. We all have a right to go about our lives without being bombarded with ads for things that make us (and our kids) sick.