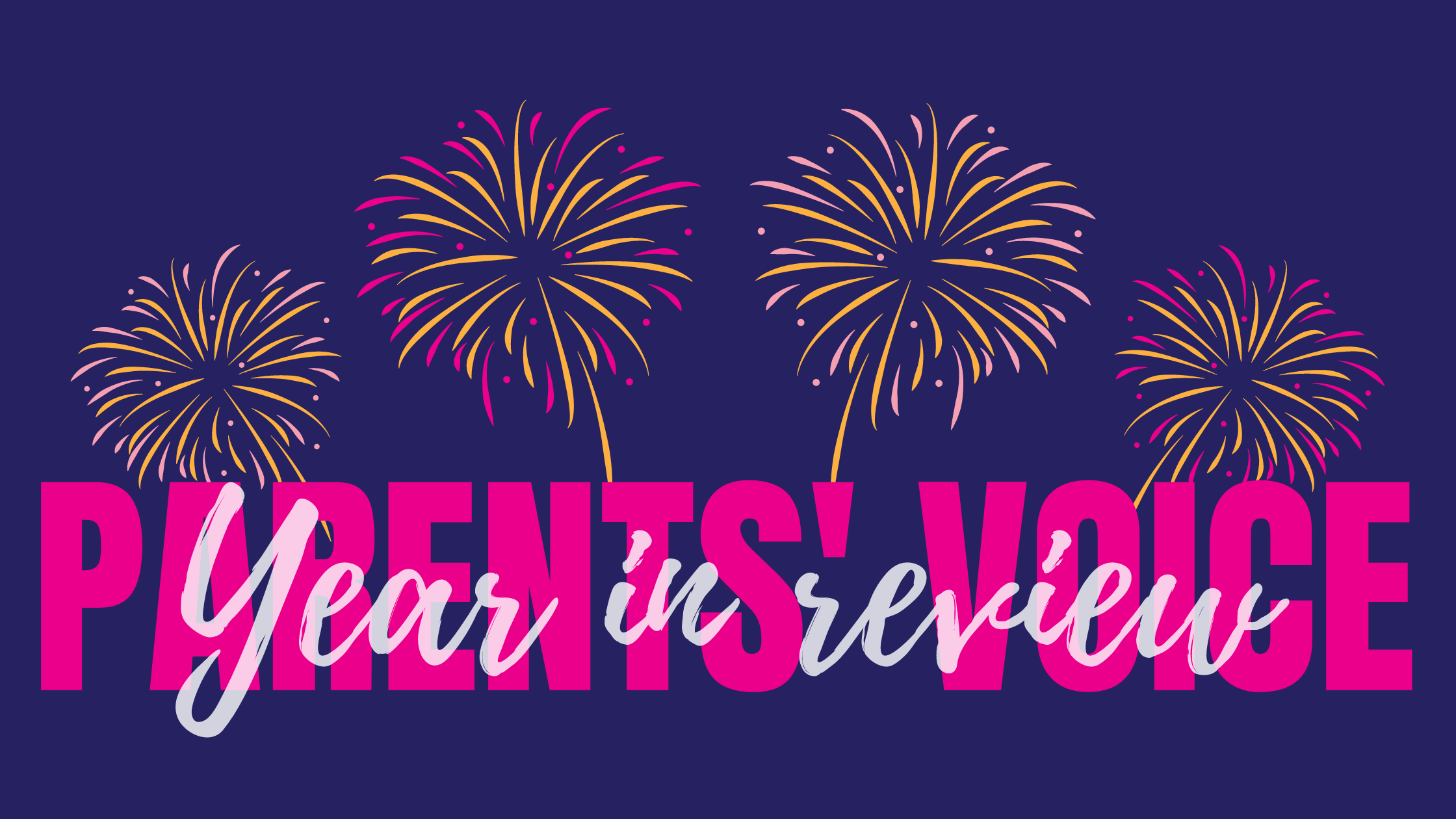 2020 has been a rollercoaster of a year, which started with good intentions and the highest of hopes but instead was filled with unprecedented times for all.

As we head towards the dawn of 2021, we thought it would be nice to recap everything that Parents’ Voice and our parent members were able to achieve over the last year.

At the beginning of January, our thoughts and hearts went out to communities affected by the terrible bushfires that ravaged Australia.

Due to poor air quality, we were urged to stay inside more. To help parents over the school holiday period one of our parent members, Cat Walker, wrote a blog offering parents 8 boredom busting activities that families could do indoors.

We also farewelled long-time Communications Officer, Bek and welcomed Evie to the team in her stead. 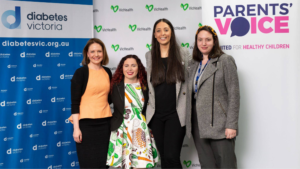 Parents’ Voice Manager, Alice Pryor, appeared on ‘Our Community Kitchen’ hour with Annette Long on 101.5 FM talking about how to ease kids back into a healthy school routine.

We presented Netball Australia with their Fame & Shame Award for their win in the Parents’ Choice – Physical Activity category for 2019. 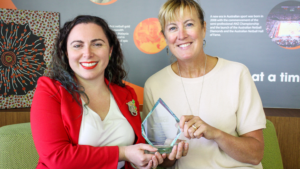 We attended the launch of the new ‘Rethink Sugary Drink’ campaign, which encouraged everyone to ditch sugar and choose water instead.

In a March blog, Sarah Dwyer, discussed why families should jump on board for National Ride2School Day and linked to some useful active transport resources from the Bicycle Network.

Due to the developing situation with the COVID-19 pandemic many workplaces began working remotely, including Parents’ Voice. The team shared some photos of their ‘working from home buddies’, Annabel & Indie. 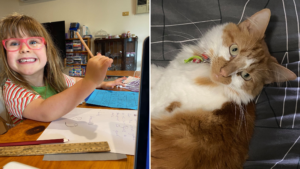 Alice Pryor wrote a blog talking about ‘Parenting during a pandemic’, within it she comments:

“…I think the most important thing we should be doing is giving ourselves permission [as parents] to be human.”

On the 5 April, Alice appeared on Channel 10 talking about preschools and childhood wellbeing.

Then it was Easter and we had a blog by husband and wife duo, Luke and Carly Daley who shared how they were planning to change their Easter expectations.

Throughout the end of April and the beginning of May, Parents’ Voice shared photos of their mascot ‘Teddy’ doing fun, free and healthy activities for 21 days straight on instagram as part of the ‘Tips from Teddy’ campaign. Anyone who joined Teddy in his adventures went into the draw to win a signed copy of Sandro Demaio’s book, ‘The Doctor’s Diet’. 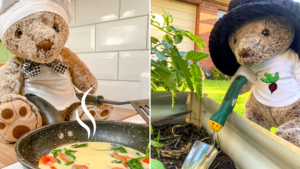 On the 20 April, Alice joined other experts in talking to the Herald Sun about the ‘high in saturated fat’ recipes featured in Pete Evans new ketogenic cookbook.

Our May blog was written by @thesavvydietitian on Instagram and offered a ‘Parents guide to understanding food labels’, showing that products that are marketed to parents as a ‘healthy snack alternative for kids’ may not actually be the healthiest or most cost-effective option available.

We also began our call for expressions of interest from consultants to develop and two-year growth and engagement plan for Parents’ Voice.

Rebecca Zosel reflected on her family’s time at home during the pandemic and discussed the impact of COVID-19 on her children’s wellbeing, physical activity and screen time.

The winner of the ‘Tips from Teddy’ competition was announced and it was Mala! We hope that Mala is getting good use out of her signed copy of ‘The Doctor’s Diet’. 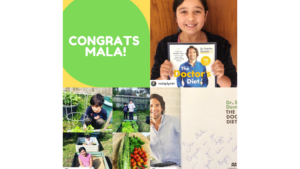 In June we partnered with the Amy Gillett Foundation to call for the more temporary bike lanes.

On the 12 June, Parents’ Voice join a collective of other public health organisations in calling for a higher standard to protect our children from unhealthy processed food marketing. 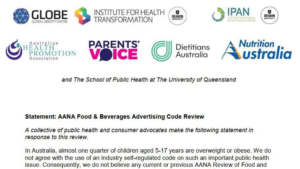 We also released our ‘active transport poll’ in June, where you told us about your daily school, preschool or childcare runs and what would help you cycle, scoot or walk more often.

Parents’ Voice appeared in the Herald Sun on 22 June, where we joined other experts in taking a stand against alcohol brands advertising their products as being “healthy”.

Our June blog came from Cat Walker and looked at different ways of ‘Keeping kids and parents active during the school holidays’.

On the 7 July, we sent emails to all of the Ministers on the ‘Australian and New Zealand Ministerial Forum on Food Regulations’ board calling for changes to the Health Star Rating system on behalf of Aussie Parents.

We joined over 100 Australian health and transport experts on the #SpaceForHealth movement, which asks for safer walking & cycling space from all levels of Australian government.

Towards the end of July we released the findings from our active transport poll and used it to call on gov to take immediate action to improve how our kids walk/cycle/scoot to school. This call for action was featured in many different Sunday papers including the Herald Sun. 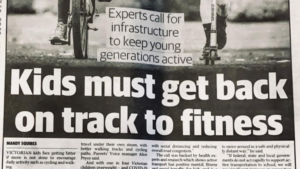 Nutrition Australia wrote us a blog offering 4 simple ways that parents could help their schools to promote healthy eating even during the pandemic.

Parents’ Voice member, Sarah Dwyer, helped VicHealth and Nutrition Australia get the word out about their new ‘Cook Well, Eat Well’ platform and appeared in the Herald Sun. 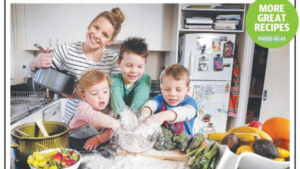 The August blogs included; ‘Lockdown 2.0: we’ve done it before, we can do it again’ by Rebecca Zosel and ‘Changing the way kids see vegetables’ by Sarah Dwyer.

In September our Manager, Alice Pryor and her family featured in a Herald Sun article about the latest research from the Murdoch Children’s Research Institute which reveals the negative effects that extra screen time can have on kids learning outcomes.

We teamed up with our good friends from the Life! program to provide a FREE healthy living webinar to Victorian mothers for Women’s Health Week.

Parents’ Voice expanded their team to include two student placements and a temporary secondment in the month of September. Our new additions included; Janette, Pasquale and Emily. 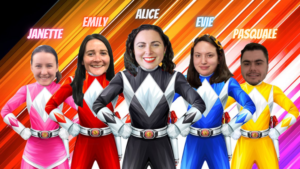 On the 28 September we submitted our feedback the National Preventive Health Strategy Consultation Paper, using the responses we received from all of you.

October saw us calling for you to take part in our members survey to tell us what matters most to you.

We were also proud to announce that our demands for more bike lanes and new rules on minimum passing distances had been heard and that action in Victoria had been announced by Ben Carroll MP.

We presented on our ‘Tips from Teddy’ campaign at two conferences, including; PHAA’s Australian Public Health Conference and ANZOS’ Austral-Asia Obesity Research Conference. 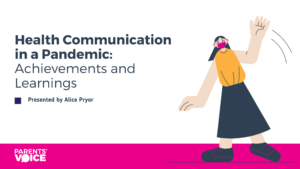 The October blog was written by public health nutritionist, Chantelle Vella and discussed the pros and cons of hiding vegetables at mealtimes.

We launched the Fame & Shame Awards 2020 with a LIVE chat to Kelly Kennington from Cancer Council Western Australia about how the unhealthy food industry targets kids and what needs to change.

On 13 November, we joined leading health groups in WA and called for the immediate end of unhealthy food advertising on government property. 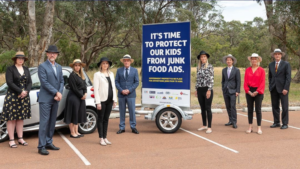 During November we also teamed up with VicHealth and Deakin University to spread the word about the predatory marketing of toddler milks. You may have seen some of our parent members and their families in the media for this on the 6 November.

On the 8 December, we held the Fame & Shame Awards 2020 which was streamed virtually via Facebook live. The event was emceed by the Executive Manager of the Obesity Policy Coalition, Jane Martin and each winner was announced by one of our national parent reps. The recording of the live broadcast is available on our Facebook Page and you can view the winning advertisements in their entirety on our website. The event received a lot of media coverage including being featured on; Channel 9 News, Channel 7 News and a multitude of ABC Radio. 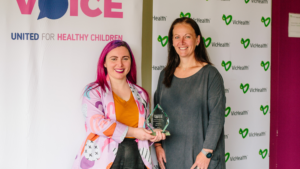 Our December blog was written by Reese Jones and comes all the way from the UK! Reese offers tips on how to encourage kids to get involved in the kitchen, especially during the holiday season.

2020 was a huge year for everyone, filled with lots of twists and turns and a lot of hard work.

From Instagram pics of Teddy to national campaigns, TV interviews to strategy submissions, virtual chats to media events, Parents’ Voice did it all! We can’t wait to continue the good fight in 2021.

To all our members, we thank you for all of you support throughout 2020 and we wish you and your families a lovely holiday season and a Happy New Year!