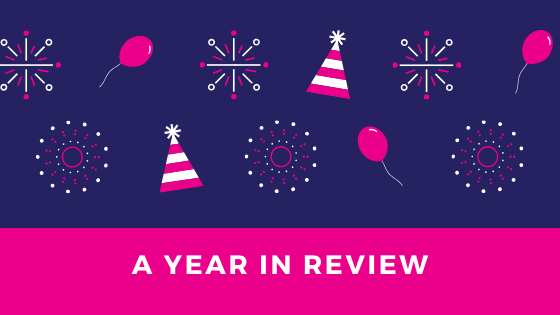 As we head towards the dawn of 2020, before we begin the yuletide wishes and new year’s countdown, we thought it would be fun to recap everything that Parents’ Voice achieved in 2019.

So, without further adieu, here is a review of 2019 in all its glory…

Our parent advocate and mother of three, Rachel Clemons, shared her tips for a healthy lunchbox with Newscorp and the Cancer Council’s released their ‘Healthy Lunch Box Builder’, making school mornings a little less stressful for everyone. 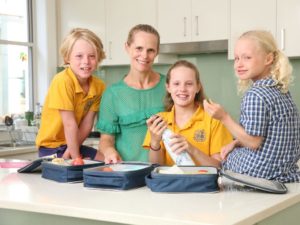 Our January blog ‘Rock on this school holidays’, written by Jude Rangitaawa, inspired us to go hunting for colourful rocks with our kids.

Parent committee member, Kristy Schirmer, wrote the ‘Being a Lone Voice in the Parenting Wilderness’ blog to help parents respond to shaming comments.

We had a student intern join Parents’ Voice from Deakin University. You can learn more about Meg by reading our ‘Meet the team – Meg’ blog.

On Monday 25 February we hosted the ‘Parents of Little Humans Picnic’ at the Royal Park Nature Playground. It offered parent members the opportunity to share their parenting stories and have professional photos taken of their families. 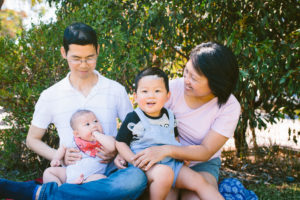 We officially relaunched the ‘Parents of Little Humans’ series. Each week we shared real stories from parent members about the ups and downs of parenting. You can view these stories on our Instagram.

Our March blogs focused on getting back to good old fashioned outdoor play (written by Sarah Dwyer) and what’s really behind a supermarket deal (written by Daniel Hunt).

We attended Festival21 which calls for policies to be enacted to support healthy diets from sustainable food systems.

Our campaigns manager, Alice Pryor, gave the Herald Sun a tour of her son’s ‘green canteen’ and urged the Government to adopt a national approach! She also talked to Sabra Lane and Thomas Oriti on ABC AM about the ‘Patchy report card for states on obesity prevention efforts.’ 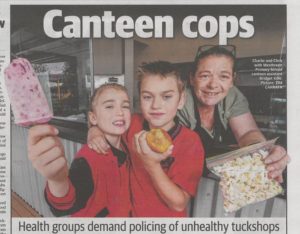 Our April blog was written by public heath consultant and parent of three, Rebecca Zosel, who talked about how you can get ‘Fresh fruit for kids at school’.

Alice Pryor spoke to the Herald Sun about the dangers of screen time at school and in the home and she wrote our May blog, which focused on why ‘Parents shaming about lunch boxes needs to stop’.

May also saw the completion of Meg’s internship at Parents Voice. We were very sad to see her go.

As we said Goodbye to Meg, we welcomed a new volunteer, Evie, who was a Deakin University communications graduate looking to make a difference.

Alice Pryor shared some sage advice with the ABC, discussing the health benefits associated with the Australian Red Cross’s FoodREDI program. She also spoke to The Project about the importance of including added sugars in Health Star Rating calculations. 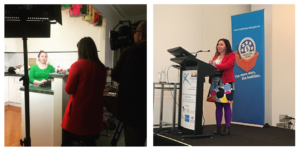 We attended the Public Health Association of Australia conference to share our passion for all things related to family health promotion.

In July our team continued to grow as we had a nutrition student from Deakin University, Saranne, join our ranks as an intern.

Alice and Cat Walker talked to the Fremantle Herald Interactive about the important work we are doing, including our ‘food detective program’. 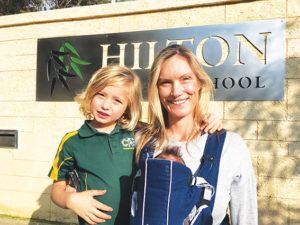 We supported our Rethink Sugary Drinks partners in launching their Critics Choice Awards.

Meg returned to Parent’s Voice as a part-time Digital Communications Officer to job share with Bek.

Parents’ Voice Campaigns Manager, Alice, expressed the need for improved food labelling systems to The Guardian and explained how some processed food manufacturers make their products seem healthier than they really are to Newshub.

We launched the Parents’ Voice ChangeMakers Program, which was a free two-part webinar series for parents who are eager to learn how to enact change within their local communities. The first webinar, ‘Advocacy 101’ was launched on 17 September and featured Pubic health consultant, Rebecca Zosel as the co-host. 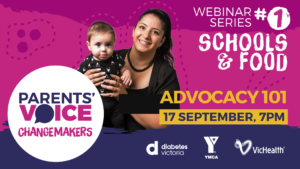 September was also the month that Saranne completed her internship at Parents’ Voice.

October saw the second and last instalment of the Parents’ Voice ChangeMaker’s Program. The ‘What’s working, what’s not’ episode aired on 8 October and featured a special appearance by Amy Wakem from Nutrition Australia Vic Division’s Healthy Eating Advisory Service. Email us at hello@parentsvoice.org.au if you are interested in gaining access to these recordings and/or Toolkits. 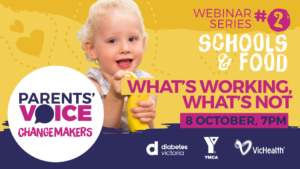 We supported CHOICE Australia telling Freedom Foods to drop the shonky claims on their XO Crunch cereal packaging. Our Tweet was even featured in the FMCG article ‘Choice blasts Freedom Foods over “bag of sugar”’

The October blog was written by one of our parent representatives, Sarah Dwyer, it explores the topic of ‘Swedish inspiration – nature play at its best’ and how Australia’s green spaces are lacking. 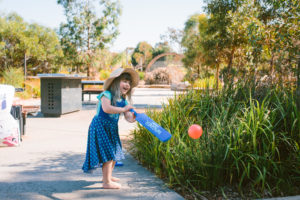 We were extremely saddened to say goodbye to both Meg and long-time employee Bek during the month of October. This left a large space in the Parents’ Voice team that needed to be filled.

During the month of November Parents’ Voice hit the stage as part of the Victorian Roundtable on Childhood Obesity.

Parents’ Voice parents Kaley, Karen and Sarah joined Alice to support Museums Victoria and VicHealth in launching their initiative to phase out all sugary drinks at Melbourne Museum, Scienceworks and the Immigration Museum. 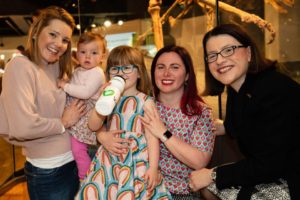 Parents’ Voice Campaigns Manager, Alice Pryor, headed to Sydney to be part of the consultation workshops for the National Preventative Health Strategy.

We also began preparing for the 15th annual Fame and Shame Awards.

On 2 December we held the Fame and Shame Awards 2019 at VicHealth. The event was MC’d by VicHealth CEO Dr Sandro Demaio and co-hosted by Alice Pryor, Bianca Caputi and Nicole French. The live broadcast is available on our Facebook page and you can view the winning advertisements in their entirety here. The event received a lot of media coverage including being featured on; Studio 10, 7News, 10 Daily and Inside FMCG. 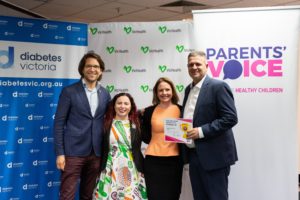 After a long interviewing process, we officially welcomed Evie into the Parents’ Voice Communications Officer position. She was thrown into the deep end with her first day commencing during the Fame and Shame event.

Our December blog was written by Kristy Schirmer and talks about how she keeps her family happy and healthy during the festive season.

2019 was a huge year for Parents’ Voice. From family picnics to national campaigns, TV interviews to consultations, online webinars to media events, we did it all!

To all our members, we thank you for all of you support throughout 2019 and we wish you and your families a Merry Christmas and a Happy New Year!